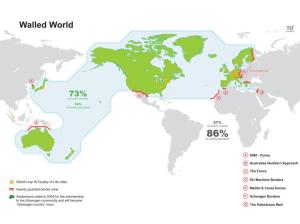 I find myself somewhat sympathizing with reactionaries. For starters some of them are exceptionally witty, albeit horrifying at times. In addition, as a conservative of somewhat traditionalist and libertarian leanings, I am sympathetic to wishing to reverse a supposed slide in civilization. However I could not be a wholehearted reactionary due to the fact they ultimate propose radical reactions (hence the term I guess) that would be imposed (presumably as they dislike democracy, a prejudice I tend to share) on society. As a conservative I tend to dislike radical, abstract innovations. Kirk > Moldbug. (In addition their bizarre love affair with racial nationalism is a nonstarter for me, and seems like a very untraditional, post WWI innovation.)

All in all, they tend to serve as a somewhat useful tool in this age of democratic, egalitarian, populist excess. They ask the right questions, while they may not give the right answers.

However I find myself disagreeing with their common immigration stance which tends to be heavily restrictionist/nativist. As someone who favors America’s traditional immigration policy (fairly open, with heavy naturalization restrictions), I don’t share their pessimism on immigration in particular when it comes to economics. The data just simply does not agree with them. We don’t see wages suppressed on the whole, jobs “stolen” or the debt ran up. In fact we see value added, profits increase, the economy bettered and the debt decreased due to immigration.

But the whole of the reactionary case against immigration tends to be cultural and twofold. The first is simple and is summed up by the picture at the top of this post. Some culture are more functional than others, dysfunction must be kept from function, ergo we need immigration restrictions. I tend to agree with the first sentiment but considering the countries isolated I was wondering how uninviting they really are, and if they really prove the author‘s point.

Looking at the countries listed (the only one I could not find immigration rates on were Greenland, a dependency of the Kingdom of Denmark, Israel and Greece), the OECD average for permanent inflows is .6%.

Fun fact: The average immigration rate for those countries on the map? .61%.

Once you exclude East Asian countries from European/European-origin states (South Korea and Japan) the average immigration rate rises to .67%.

Odd that. Maybe part of what makes these unique countries successful is an Anglo-American tradition of welcoming self selecting individuals who have the wherewithal to jump ship to a more successful polity?

The second argument is focused on one of conservatism. My leftist or liberal friends won’t care and in fact may back immigration on the basis that it will erode the political power of classes (read: tribes) of people they politically dislike, namely rural whites. However as a conservative, naturally this concerns me. 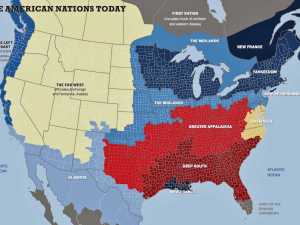 Let’s compare the United States, a country with an astonishingly high foreign born rates, a diverse population (see graphic) and a history of increasingly mobile, ethnically and linguistically diverse populations to Europe, with states that tend to align more along ethnostates, gradual formation, and populations that tended and tend to stay put. Let’s see which one scores higher on some common metrics of a stable and healthy society. 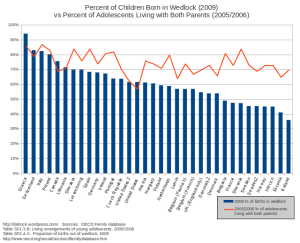 European average: Not going to do the math at the top of my head, but the graphic speaks for itself. Vast majority of countries over 50%, whereas the American average sits at 40.6%

This trend also continues for marriage rates in general. While the developed world in general has seen falling marriage rates, the United States has more positive trends than Europe. Those damn immigrants getting married, padding our stats!

While much has been said about the rise of irreligion in America, it’s nothing compared to the ongoing de-Christianization of Europe.

It seems that immigrant-heavy America tends to outperform more nativist countries when it comes to indicators that would show conservative trends. By comparison Europe has a much smaller share of foreign-born, lower numbers of immigrants coming in, less of a history of immigration and yet a far less (by conservative or reactionary standards) stable society.

I don’t claim to speak for European immigration policy writ large though, as European identity and American identity are, on some levels, fundamentally different. It seems America does a better job of assimilating immigrants to its broader socio-religio-political culture as it has a looser definition of what makes an American. As such, I do not propose the same policies I generally favor for America, as I am unsure what their end result would be in Europe.

For my left of center friends who are more secular, you may have been bored, if not downright apathetic about the second half of this piece. Perhaps you were even annoyed that America displays such high levels of religiosity and wonder when America will be more like our more enlightened cousins across the pond. Habermas tends to have an interesting perspective on why you should care on the religiosity of America and Europe;

…the individual morality of conscience, human rights and democracy, is the direct heir of the Judaic ethic of justice and the Christian ethic of love. This legacy, substantially unchanged, has been the object of continual critical appropriation and reinterpretation. To this day, there is no alternative to it. Everything else is just idle postmodern talk.

You do have to wonder what happens to those ethics when no one believes in their historic basis anymore. For those who want to read more, some interesting sources on immigration, society and religion in Europe;

One thought on “Immigration: A Response to Reactionaries”

I am one of those old blockheads with a vice grip on ideas a bit older than five minutes ago, fighting against those political truths discovered yesterday. Also whiskey.

In which I explain things interesting, remarkable or silly.

La Frontera: A History of the Border
Wedgewords
Energetic Procession

Blogging about Turkey and Israel, the two most interesting countries in the Middle East

On The Ruin Of Britain

Miscellanies on Religion and Public life

'the stroke of an oar given in true time'

Thoughts on Anglicanism, Scripture, and the Gospel

With All I Am

Spontaneous thoughts on a humble creed